Me and my dolls are inseperable. My dolls give me so much joy and fascinating learning moments. My favorite pastime got quite out of hand. Collecting dolls even led to a professional part-time job!

It all started with…

An accidental find at a flea market. My very first doll was a doll dressed in white and red. I found out much later that she was from the Posavina region in Croatia.

NCDC is short for the National Costume Doll Collection. I’m not bragging at all here but the NCDC is huge. I have more than 2000 dolls from all over the world. That number is a pure guess because I’ve given up counting long ago. I found my first doll at a flea market in 1996 and now suffer from lack of space. So be warned, it’s addictive!

National costume dolls are also known as foreign dolls, regional dolls, international dolls and so on. If you like to call them souvenir or tourist dolls, well, I won’t object. Because in most cases they actually are. A national costume doll is a doll dressed in the traditional clothing of a certain place somewhere in the world, like a local town or cultural region. It can also represent a specific ethnic group. Sounds a bit vague but when you start exploring my collection, you’ll see what I mean.

These dolls often depict daily life. I have dolls preparing food, dolls with farming tools expressing rural activity, bride and grooms, mothers carrying babies, folk dancers and musicians, the variety is endless. Ritual dolls, theater and festival dolls, characters from folk tales and legends, dolls wearing uniforms and faith-related dolls are all part of my collection. I adore how they are made and dressed. From primitive to very detailed and authentic, so many differences. They radiate color, craftsmanship and life itself.

The doll collecting world is an odd world. One moment a doll can be most sought-after, another moment the same doll can be unpopular. Sometimes people even say that national costume dolls are worth next to nothing. Not in terms of big money maybe, but they do have real importance. I strongly believe that each doll has a story, thus keeping culture and tradition alive. I want to tell and share that story. 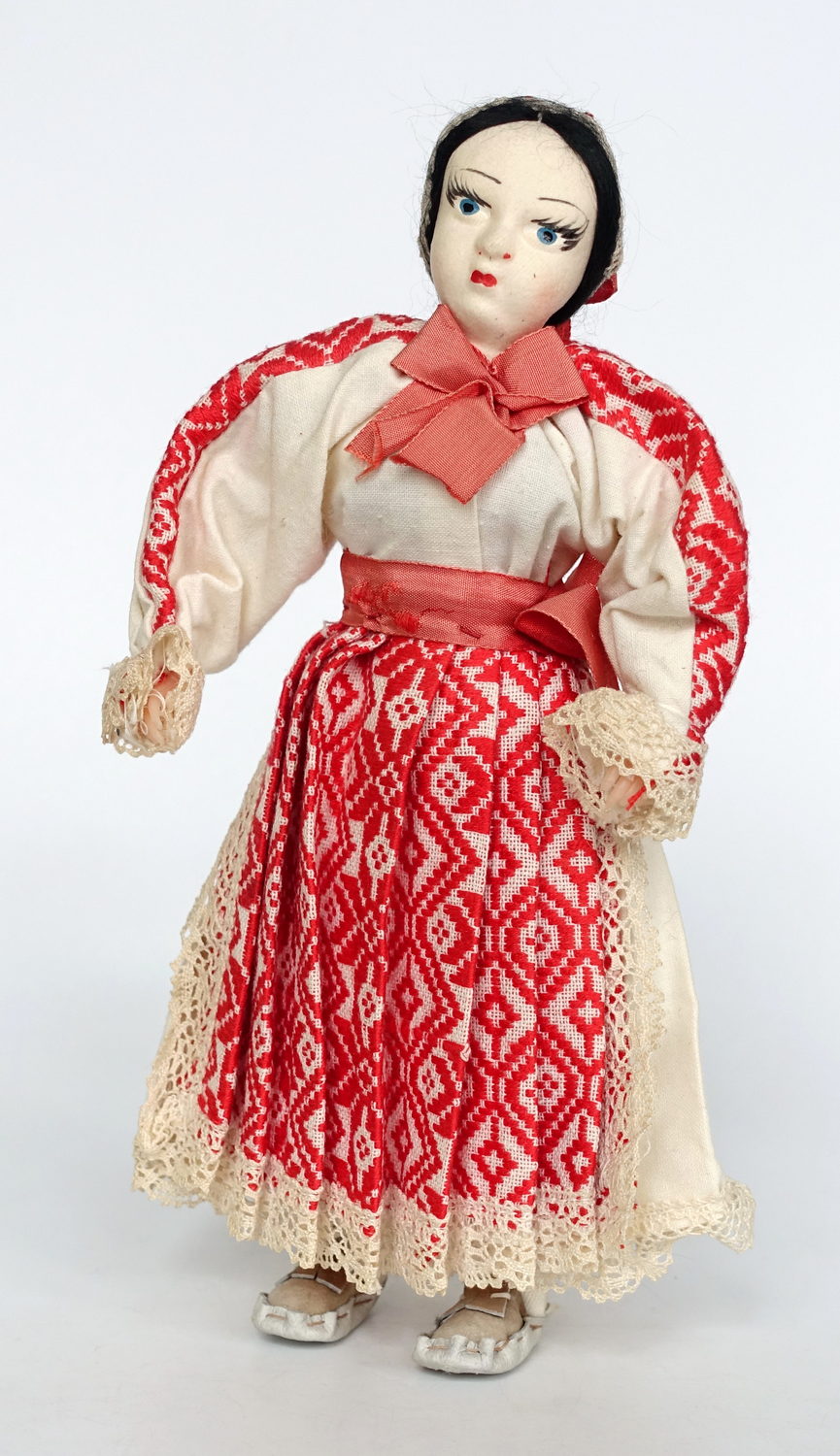 This website is an ongoing project, a virtual trip around the world. It’s is going to be the ultimate doll bible, a thick catalog to go through for hours on end. A database full of accurate information and thousands of pictures. Yes, I’m thinking big. Because what could be more appealing than dolls? Uhm, maybe chocolate.

By all the overwhelming beauty presented here, you must also have caught the NCDC bug. I know you want to put these dolls in your own display cabinet, to treasure them forever. You can beg on your bare knees, cry many tears, offer me diamonds but no, sorry, my dolls are going nowhere. I’m quite possessive. I can point you in the one and only right direction though. Which is my online shop poppentopper.com. You never know, you may well be shopping the antiques of tomorrow. So go and get some lovely dolls now! 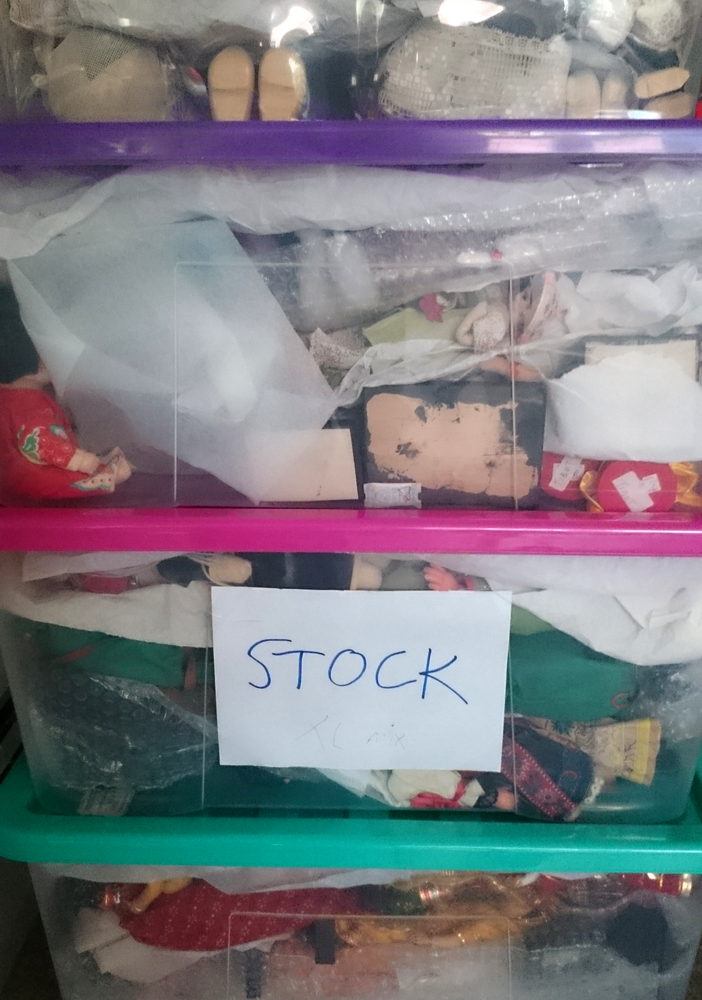 Back in the days when Google wasn’t my best friend yet, I started to pile up loads of postcards and books, initially using these as a way to determine where a doll came from. The postcards and books are now standalone collections. It’s all about national costumes, always. The subject is so diverse and fascinating, I can’t get enough of it.

Finding a postcard or book almost makes me as happy as finding a doll. My bookshelves are overcrowded just like my doll cabinets. I can spend hours looking at pictures of people wearing the real costume. Time well spent. Keeps me off the streets.

In case you need some guidance in finding old-school paper information there’s an overview of my doll books in the Doll Reference Books section. A list of my other books is too much to ask! 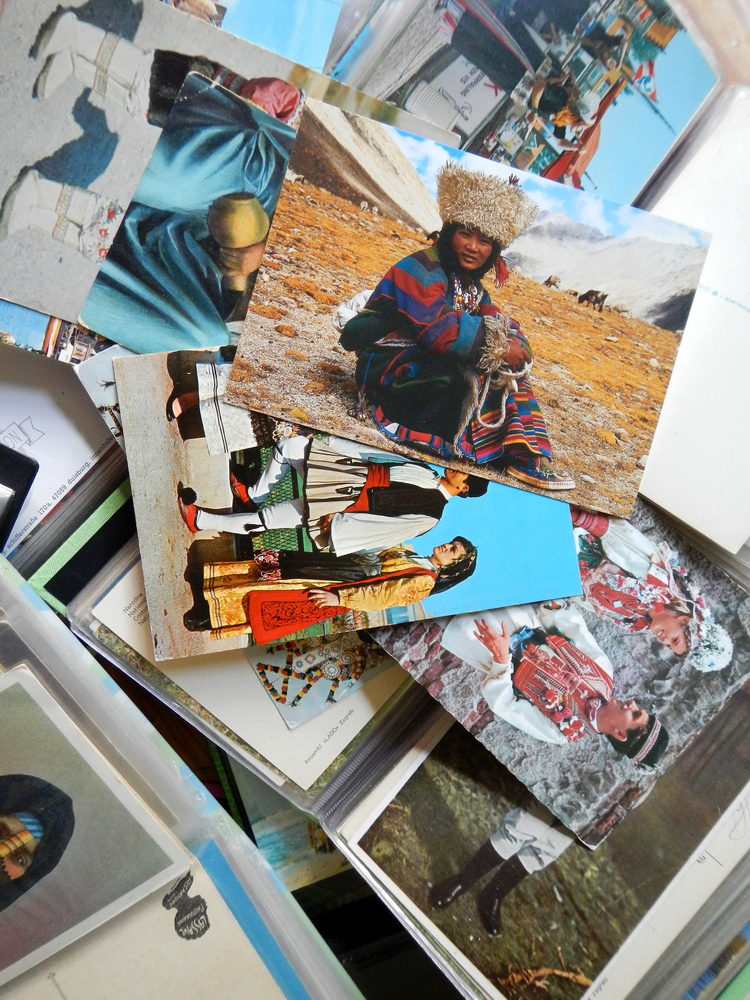 People often think that I:
Make dolls myself
Travel a lot
Play with dolls
Spend a lot of money
Have a museum
Run a doll hospital
Am an appraiser
Am finished collecting

I do have a serious life next to this crazy doll collecting. Want more facts? Contact me!

© No part of this website may be reproduced or utilized in any form without permission from the owner of the NCDC – and that’s me!